In this lesson we will introduce some important terminology related to collecting data. When you are finished you will be able to identify the difference between terms like census and sample.  In the following lessons we will rely on your understanding of these terms, so study well!

Before we begin gathering and analyzing data we need to characterize the population we are studying. If we want to study the amount of money spent on textbooks by a typical first-year college student, our population might be all first-year students at your college.  Or it might be: 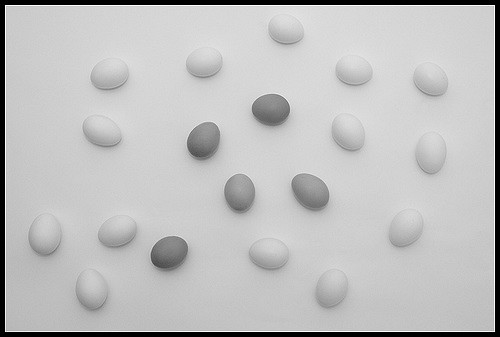 The population of a study is the group the collected data is intended to describe.

Why is it important to specify the population? We might get different answers to our question as we vary the population we are studying. First-year students at the University of Washington might take slightly more diverse courses than those at your college, and some of these courses may require less popular textbooks that cost more; or, on the other hand, the University Bookstore might have a larger pool of used textbooks, reducing the cost of these books to the students. Whichever the case (and it is likely that some combination of these and other factors are in play), the data we gather from your college will probably not be the same as that from the University of Washington. Particularly when conveying our results to others, we want to be clear about the population we are describing with our data.

A newspaper website contains a poll asking people their opinion on a recent news article.

What is the population?

While the target (intended) population may have been all people, the real population of the survey is readers of the website.

If we were able to gather data on every member of our population, say the average (we will define “average” more carefully in a subsequent section) amount of money spent on textbooks by each first-year student at your college during the 2009-2010 academic year, the resulting number would be called a parameter.

A parameter is a value (average, percentage, etc.) calculated using all the data from a population

We seldom see parameters, however, since surveying an entire population is usually very time-consuming and expensive, unless the population is very small or we already have the data collected.

A survey of an entire population is called a census.

You are probably familiar with two common censuses: the official government Census that attempts to count the population of the U.S. every ten years, and voting, which asks the opinion of all eligible voters in a district. The first of these demonstrates one additional problem with a census: the difficulty in finding and getting participation from everyone in a large population, which can bias, or skew, the results.

There are occasionally times when a census is appropriate, usually when the population is fairly small. For example, if the manager of Starbucks wanted to know the average number of hours her employees worked last week, she should be able to pull up payroll records or ask each employee directly.

Since surveying an entire population is often impractical, we usually select a sample to study.

A sample is a smaller subset of the entire population, ideally one that is fairly representative of the whole population.

We will discuss sampling methods in greater detail in a later section.  For now, let us assume that samples are chosen in an appropriate manner.  If we survey a sample, say 100 first-year students at your college, and find the average amount of money spent by these students on textbooks, the resulting number is called a statistic.

A statistic is a value (average, percentage, etc.) calculated using the data from a sample.

A researcher wanted to know how citizens of Tacoma felt about a voter initiative. To study this, she goes to the Tacoma Mall and randomly selects 500 shoppers and asks them their opinion. 60% indicate they are supportive of the initiative. What is the sample and population? Is the 60% value a parameter or a statistic?

The 60% value was based on the sample, so it is a statistic.

The examples on this page are detailed in the following video.

To determine the average length of trout in a lake, researchers catch 20 fish and measure them. What is the sample and population in this study?

The sample is the 20 fish caught. The population is all fish in the lake. The sample may be somewhat unrepresentative of the population since not all fish may be large enough to catch the bait.

A college reports that the average age of their students is 28 years old. Is this a statistic or a parameter?
Solution:

This is a parameter, since the college would have access to data on all students (the population)

Once we have gathered data, we might wish to classify it.  Roughly speaking, data can be classified as categorical data or quantitative data. 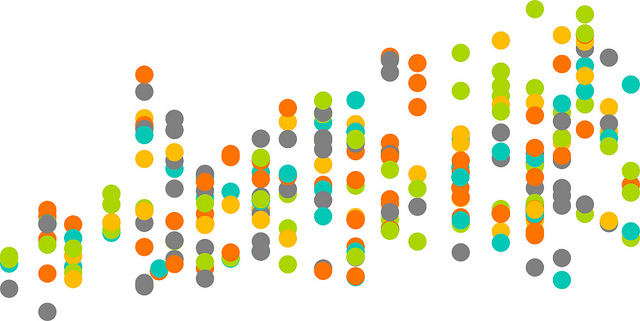 Categorical (qualitative) data are pieces of information that allow us to classify the objects under investigation into various categories.

Quantitative data are responses that are numerical in nature and with which we can perform meaningful arithmetic calculations.

We might conduct a survey to determine the name of the favorite movie that each person in a math class saw in a movie theater.

When we conduct such a survey, the responses would look like: Finding Nemo, The Hulk, or Terminator 3: Rise of the Machines. We might count the number of people who give each answer, but the answers themselves do not have any numerical values: we cannot perform computations with an answer like “Finding Nemo.” Is this categorical or quantitative data?

This would be categorical data.

Sometimes, determining whether or not data is categorical or quantitative can be a bit trickier.  In the next example, the data collected is in numerical form, but it is not quantitative data.  Read on to find out why.

Suppose we gather respondents’ ZIP codes in a survey to track their geographical location. Is this categorical or quantitative?

A survey about the movie you most recently attended includes the question “How would you rate the movie you just saw?” with these possible answers:

Is this categorical or quantitative?

Again, there are numbers associated with the responses, but we can’t really do any calculations with them: a movie that rates a 4 is not necessarily twice as good as a movie that rates a 2, whatever that means; if two people see the movie and one of them thinks it stinks and the other thinks it’s the best ever it doesn’t necessarily make sense to say that “on average they liked it.”

The examples in this page are discussed further in the following video:

Classify each measurement as categorical or quantitative.

Data Collection Basics by Gail Poitrast is licensed under a Creative Commons Attribution 4.0 International License, except where otherwise noted.